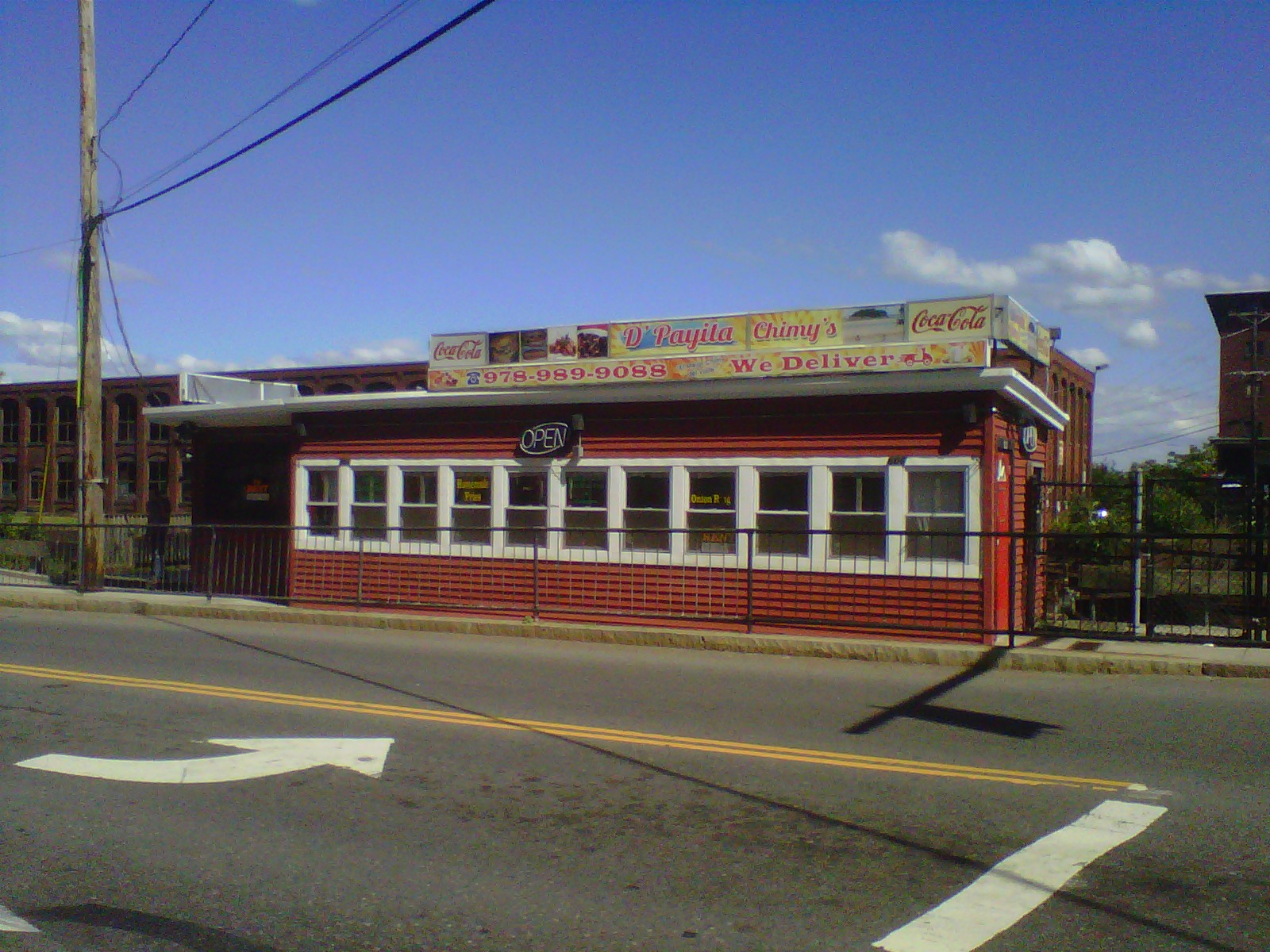 Former Lawton’s Famous Frankfurters. The Curleys, owners of Lawton’s for many years, left the building when damage made its future uncertain. The landlord planned to run the place himself using the Lawton’s name, but ended up running it as Lawrence Hot Dog Haus and Grill, selling similar fare. That venture gave way to the short-lived D’Payita Chimy’s, which closed by the end of August 2015. The structure has remained vacant since.

(The Curleys planned to re-open Lawton’s in neighbouring Methuen, but it’s not clear if they’ve been successful.)