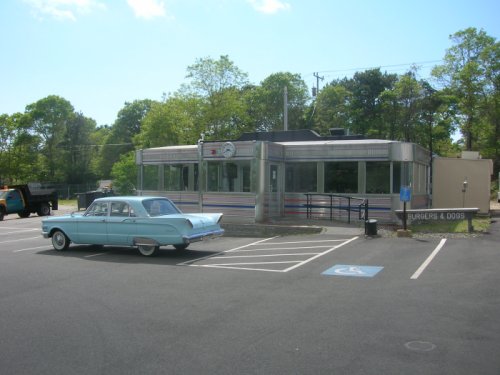 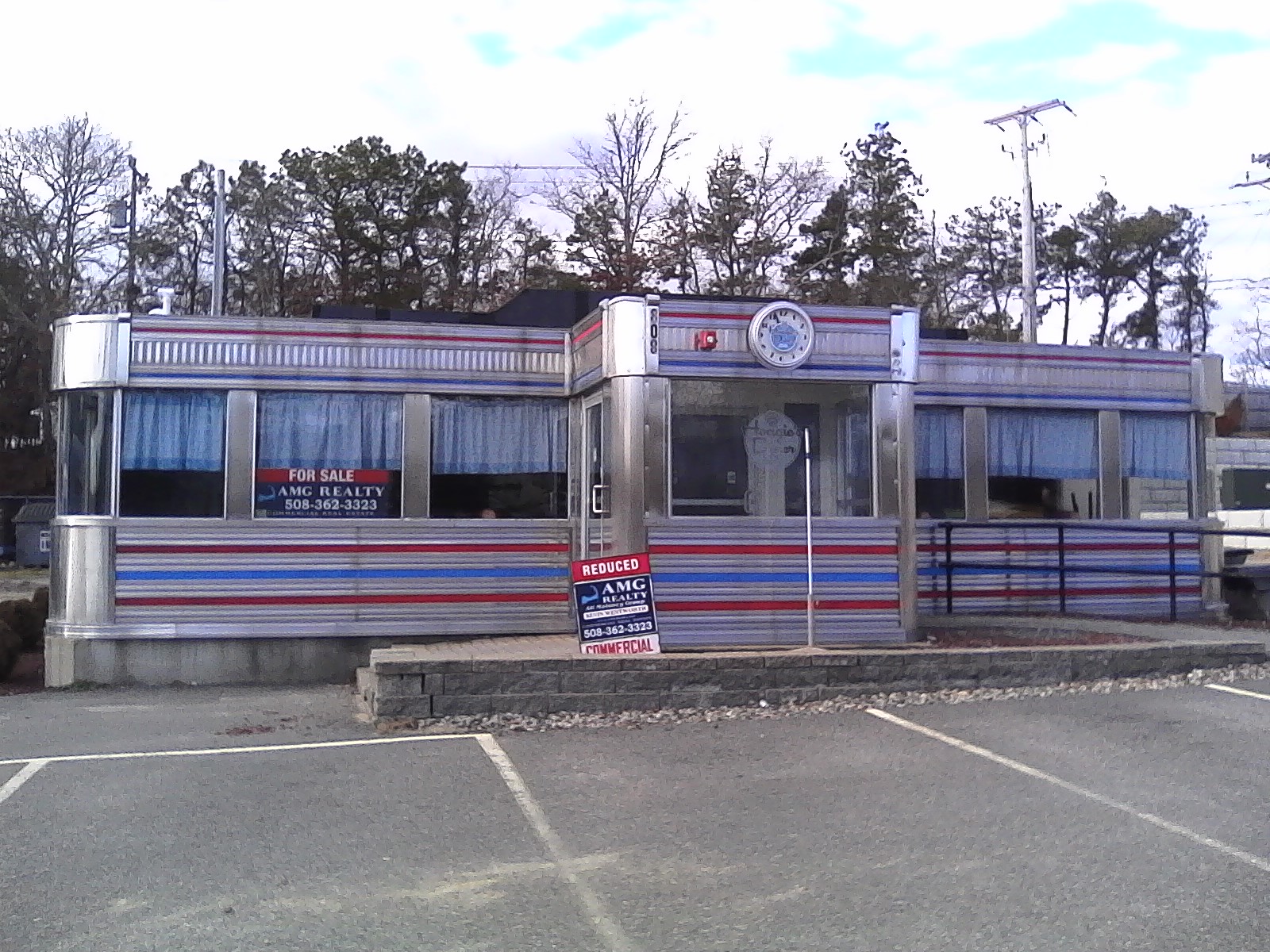 Started as the Berlin Diner in Berlin, New Jersey, then placed (but never opened) in East Hampton, Connecticut before being moved here to replace the burned-out Tin Man (currently sitting in a field in Westport, Massachusetts). Ten years after the fire, this diner reopened here in 2010 as Patriot Diner, then Hoagie’s, which closed late 2016. Reopened as Talk of the Town in Jan. 2018.