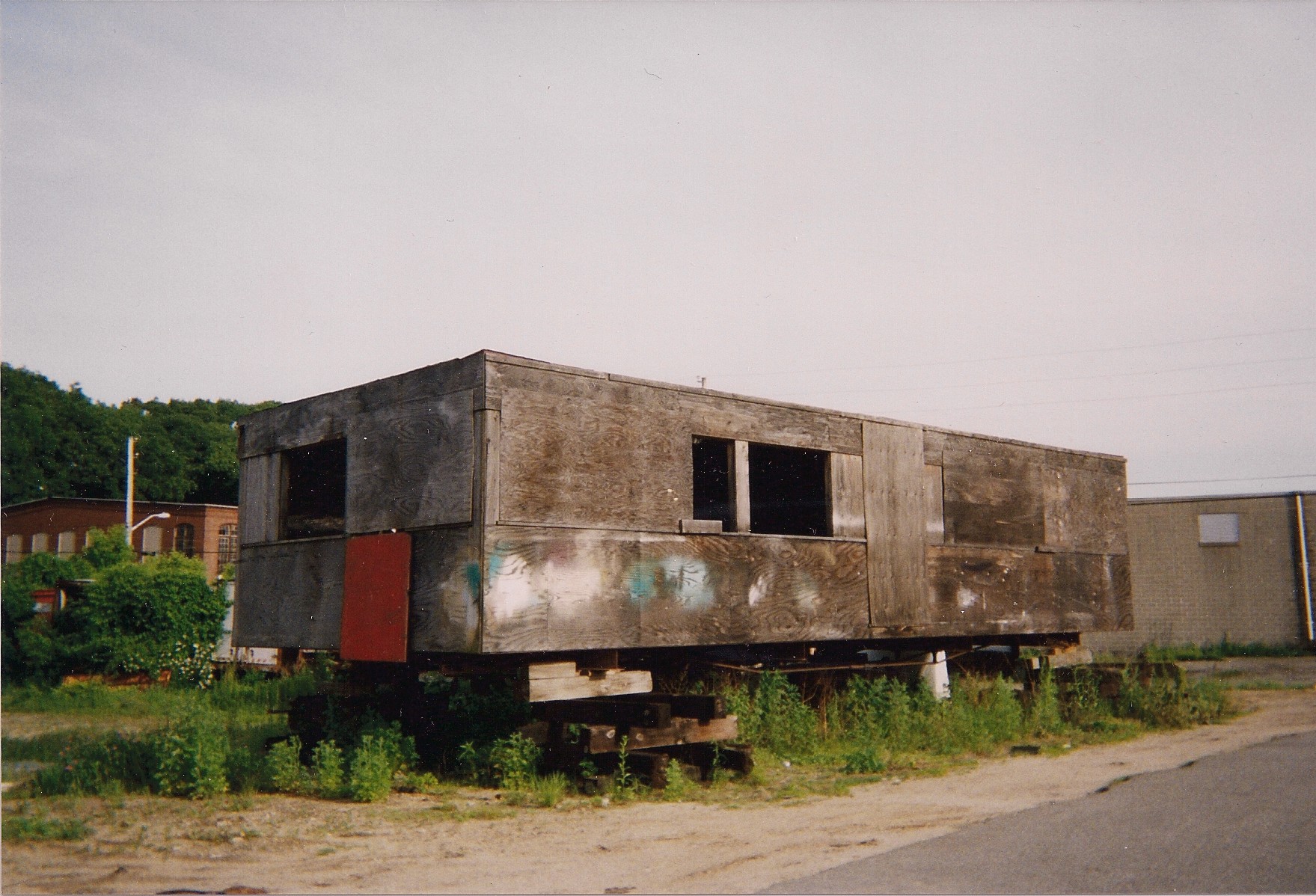 Worcester Deluxe 100 in open storage in Rhode Island in 2004.

Officially, this was the first and only diner ‘built’ by the short-lived Worcester Deluxe company that bought the assets of the bankrupt Worcester Dining Car Co. in 1961. Purportedly built ‘on spec’, the similarity to WLC design is striking enough to suggest that this might in fact have started as a WLC frame-up for an anticipated WLC #851 before the company went under. Whatever its origins, after Worcester Deluxe failed shortly out of the gate, their unfinished #101 ended up in open-air storage in Rhode Island for many years until Blanchard Foods decided to open a diner alongside their catering business. They bought #101 and brought it back to Worcester and finished it, exactly fifty years after it was started. This is probably the only diner that took three different companies half a century to complete, which is reason enough to make the pilgrimage, though the excellent Blanchard food would be enough by itself, too.